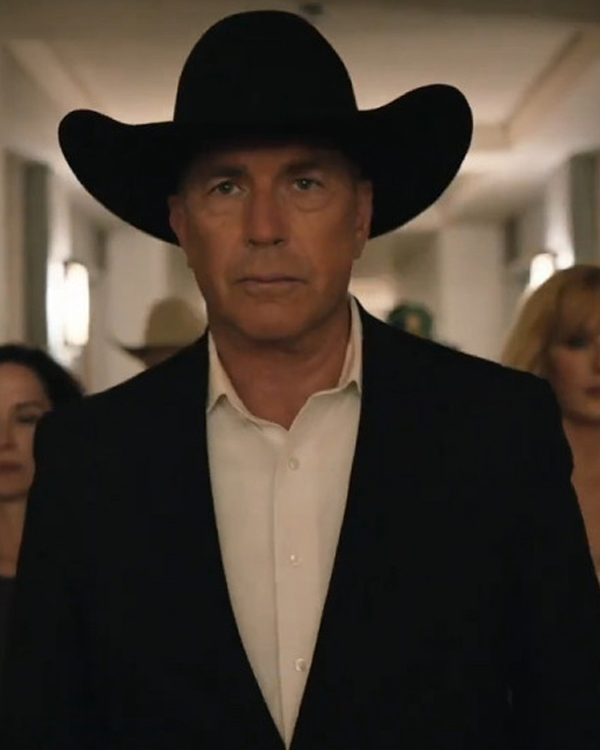 The Academy Award-winner actor Kevin Costner’s long-running “Yellowstone” is a neo-western drama television series released on Paramount Network on 20th June 2018. Taylor Sheridan is the creator of this series. This story revolves around the Dutton family, led by a patriarch, John Dutton, played by Kevin Costner, the landlord of the largest ranch in the US. The story includes all the family drama and the clashes over this land with the bordering Native Reservations and the construction of the national park. The fourth season of this series premiered on 7th November 2021, and the fifth season is scheduled to bepremiered on 13th November 2022. Kevin Costner looks handsome as ever in this Yellowstone S05 John Dutton Black Blazer. You, too, can have the same blazer that Kevin wore in the series for yourself. All you need to do is; order before this blazer gets out of stock.

This stylish men’s blazer is made from high-quality wool blend material, with a soft viscose fabric lining inside. It is superbly designed with a notched lapel collar, long sleeves with open hem cuffs, two waist pockets outside, two pockets inside, and a front opening with a buttoned closure. This men’s beautiful wool-blend blazer is available in black color.