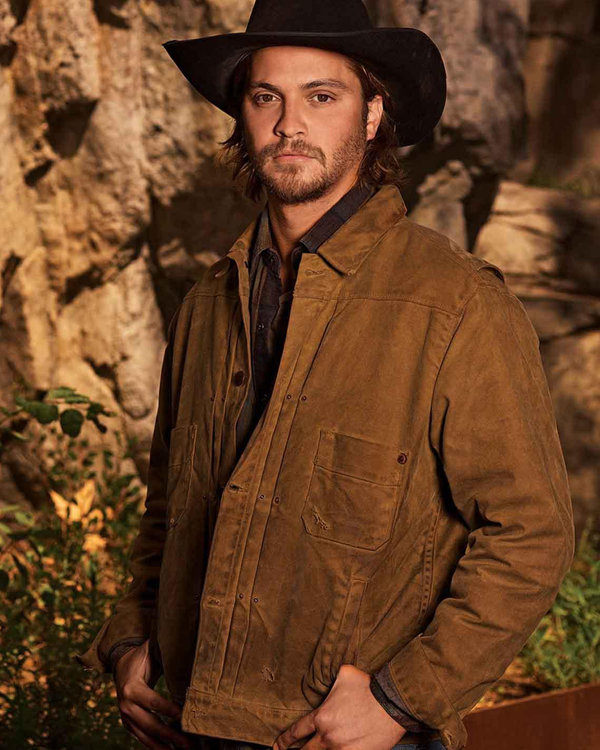 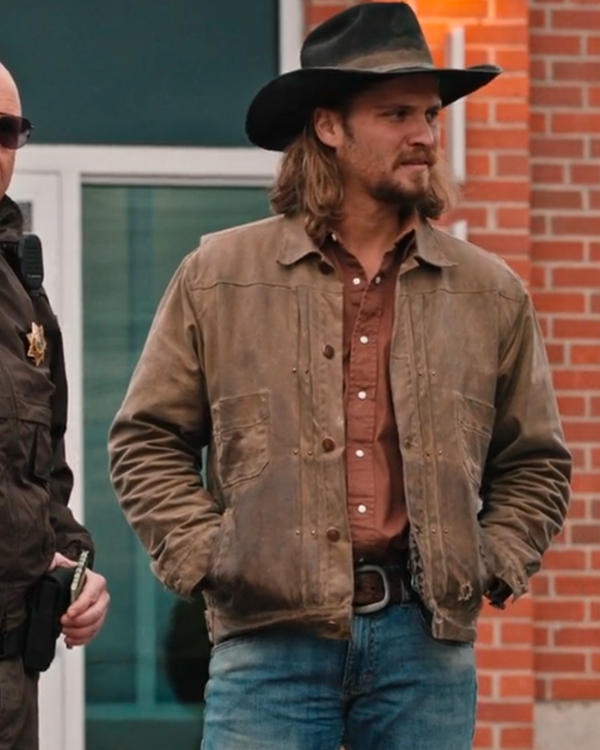 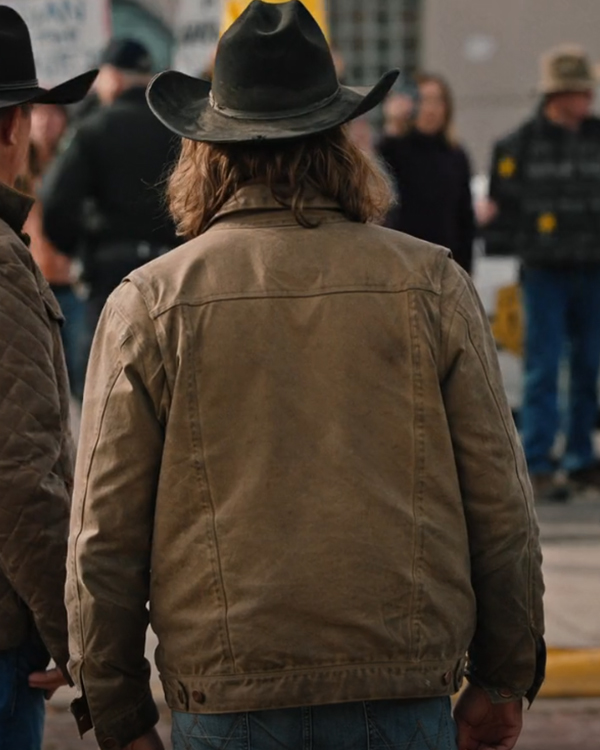 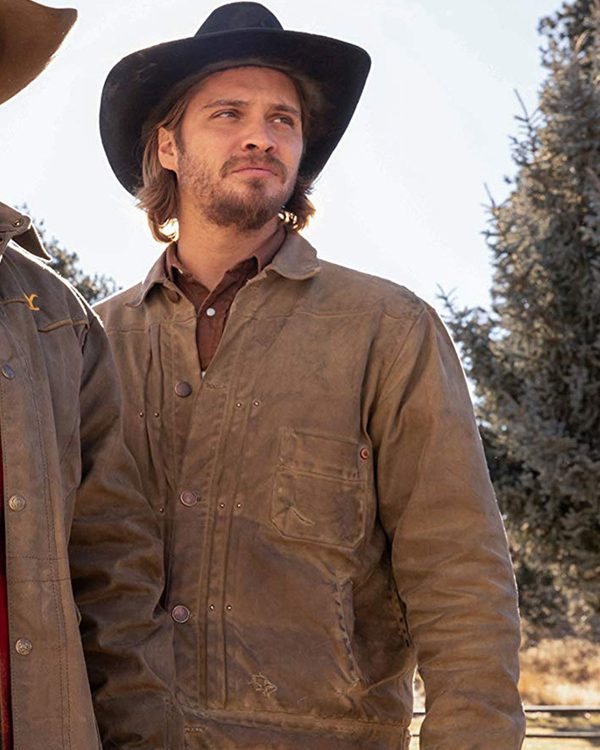 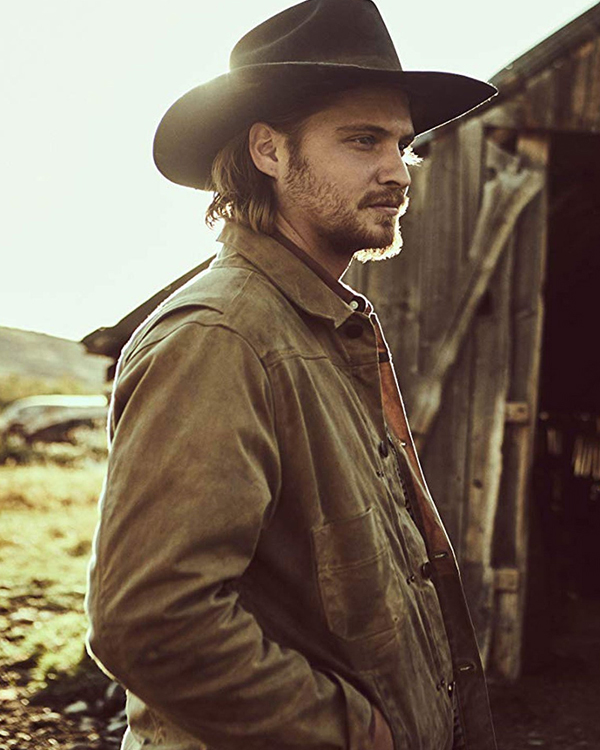 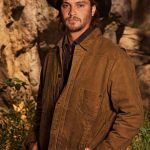 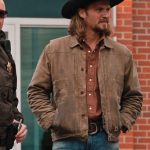 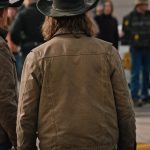 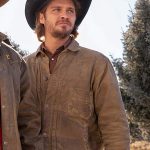 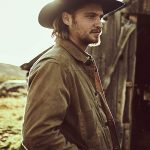 Yellowstone is an American neo-western and drama TV series created by Taylor Sheridan and John Linson. The show is based on a family who owns the greatest ranches in the US and we get to see their family drama in the show. It was released on the 20th of June 2018 and currently has 4 released seasons. The show stars Kevin Costner, Luke Grimes, Kelly Reilly and other such incredible stars. The show has been loved by the audience and the critics. Luke Grimes has brilliantly played the role of Kayce Dutton in the show and has been highly appreciated for his amazing performance and elegant costumes on-screen. Many of his attires are already trending.

Yellowstone season 4 Kayce Dutton Brown Jacket is one of the attires that caught the most attention from the audience. The jacket is made up of cotton waxed material and has a soft inner viscose lining. It has a shirt style collar, a front buttoned closure, and long sleeves with buttoned cuffs. It comes in brown color and comprise two front pockets and two inner pockets.