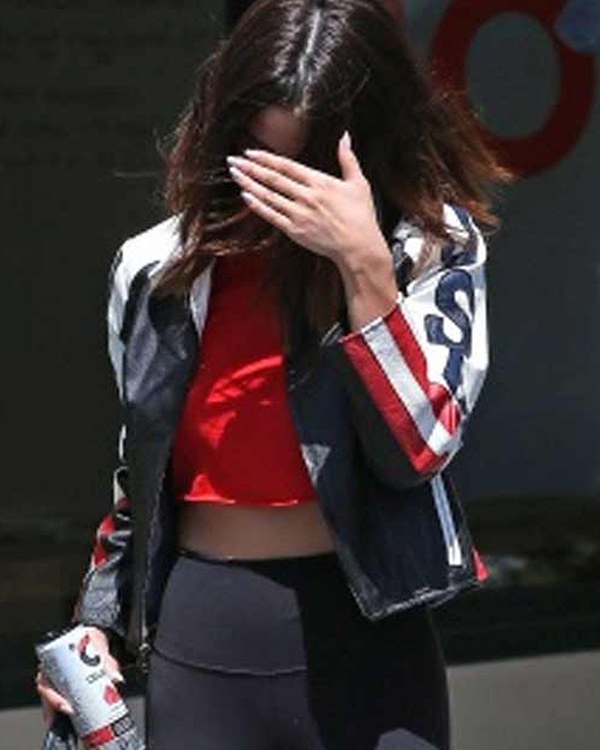 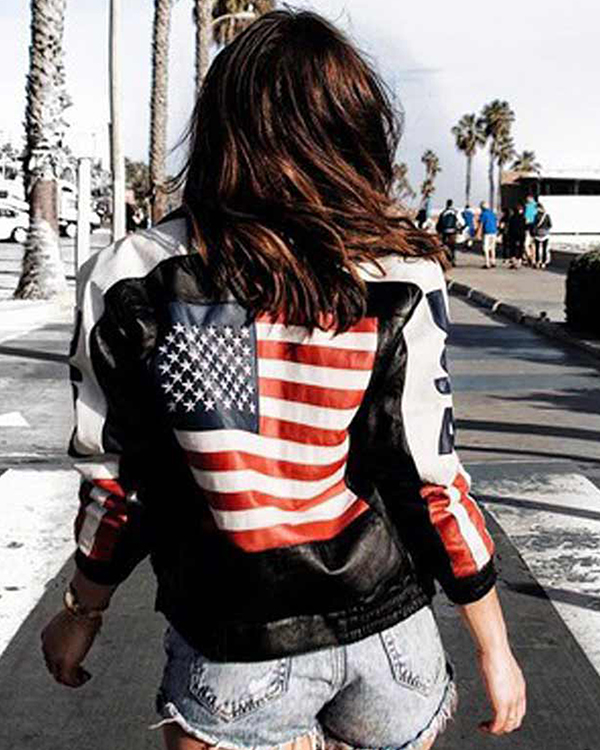 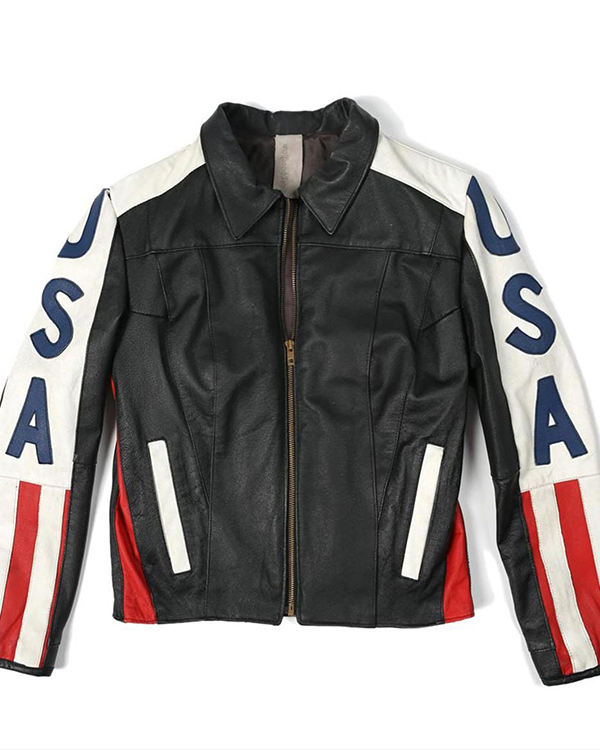 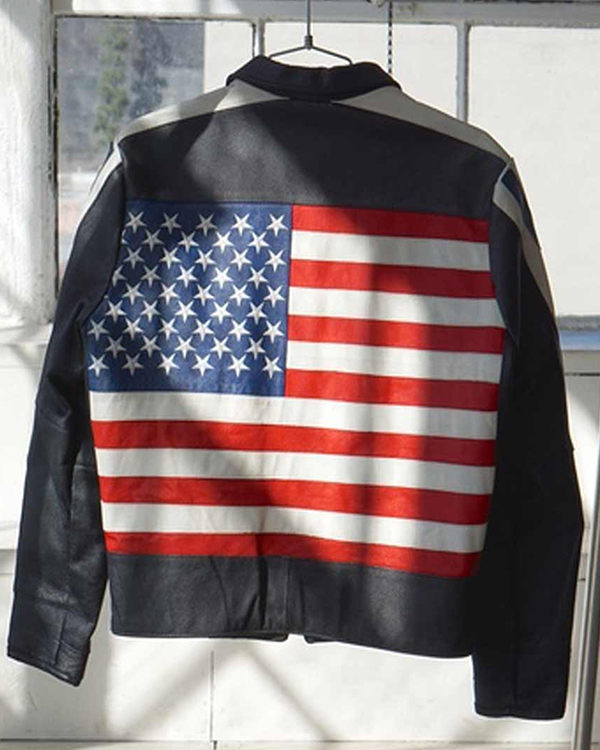 Selena Marie Gomez is an American singer, actress and film producer. Gomez began her acting career on the children’s television series Barney & Friends. As a teenager, she rose to prominence for starring as Alex Russo on the Disney Channel television series Wizards of Waverly Place. Alongside her television career, Gomez appeared in the films Another Cinderella Story, Princess Protection Program, Wizards of Waverly Place: The Movie, Ramona and Beezus, Monte Carlo, Spring Breakers, Neighbors 2: Sorority Rising, The Dead Don’t Die, and A Rainy Day in New York. She also voiced the character Mavis in the Hotel Transylvania film franchise. She is spotted wearing American Flag Selena Gomez Leather Jacket which is available on our website. So don’t waste your time and order this jacket before it gets out of stock.

This stylish jacket is made up of high-quality real leather material with a soft viscose lining which protects you from the cold winds. It has a turn down collar. Moreover, it is stylishly designed with a front open zipper closure. It has two waist pockets outside and two pockets inside to keep your valuables safe. It further has full sleeves with open hem cuffs and is available in black and white color.