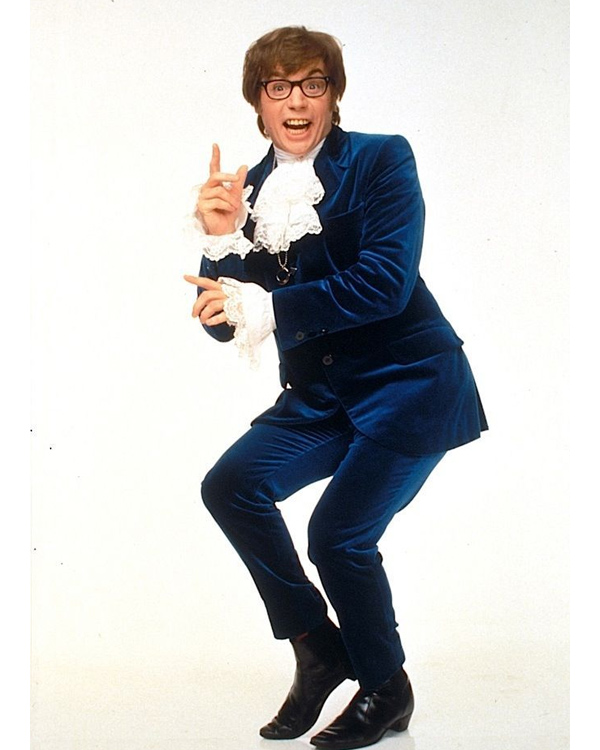 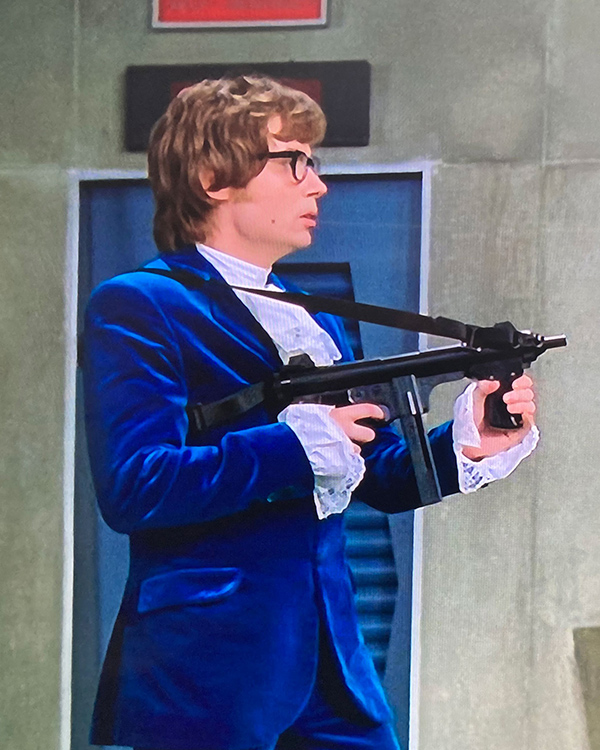 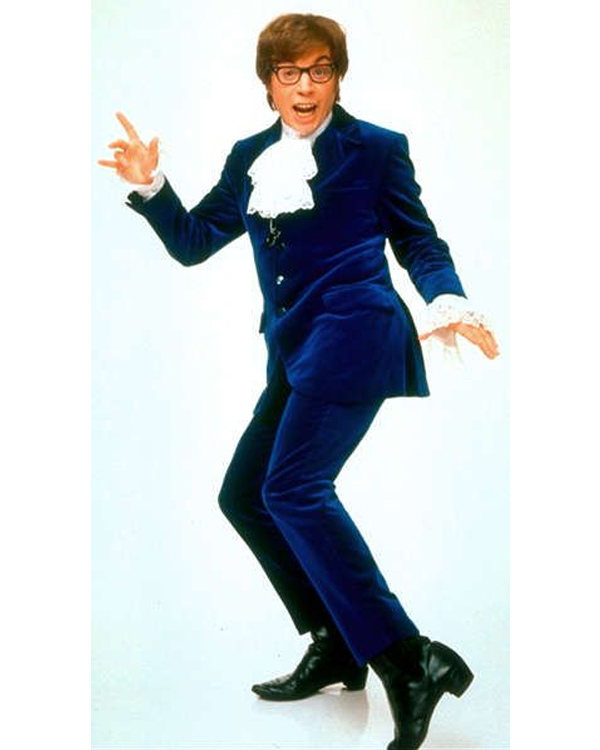 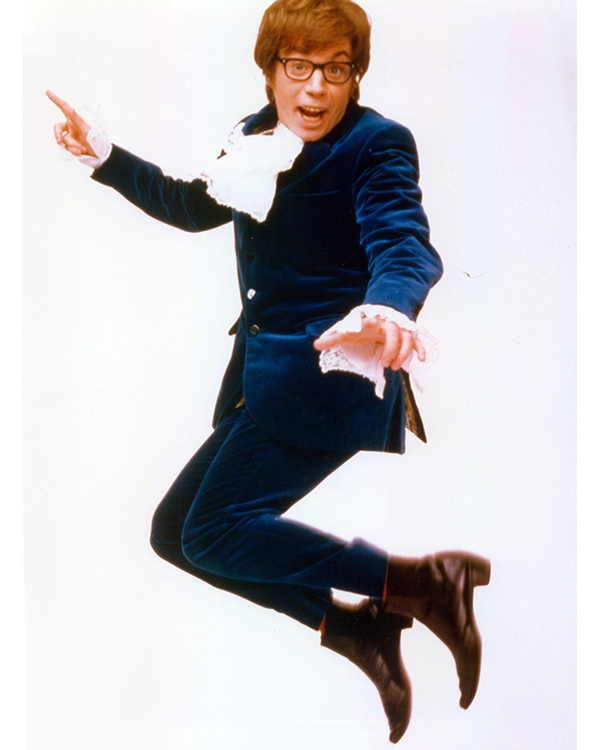 Austin Powers is a series of spy action comedy films, i.e., Austin Powers: International Man of Mystery, released in 1997; Austin Powers: The Spy Who Shagged Me, released in 1999 and Austin Powers in Goldmember, released in 2002. They all were directed by Jay Roach and distributed by New Line Cinema. The films were written and produced by Mike Myers, who also portrayed the titular character of Austin Powers and Dr. Evil. The franchise parodies numerous films and characters, including the James Bond series and Jason King. It adds several elements of popular culture as it is about a British spy’s adventures sabotaging his nemeses. The character represents a typical example of 1960s Swinging London with his gestures, vague impressions, and clothing. Mike Myers looks fantastic in this Austin Powers Velvet Suit. Come on, guys! You too can have this suit for yourself that Mike is wearing in the film series. Grab your computers and order online. Hurry up! Place your order before the stock ends.

This classy men’s coat is manufactured with excellent quality velvet material, with a soft viscose fabric lining inside. It is beautifully designed with a notched lapel collar, long sleeves with open hem cuffs, two flap waist pockets outside, two pockets inside, and a front opening with a buttoned closure. This beautiful coat is accompanied by a pair of pants manufactured with the same material having long tapering pants sleeves with open hem leg cuffs, two waist pockets in front, one pocket at the back, and a waistband fastened with a hook and eye fastener. This men’s stylish velvet suit is available in blue color.