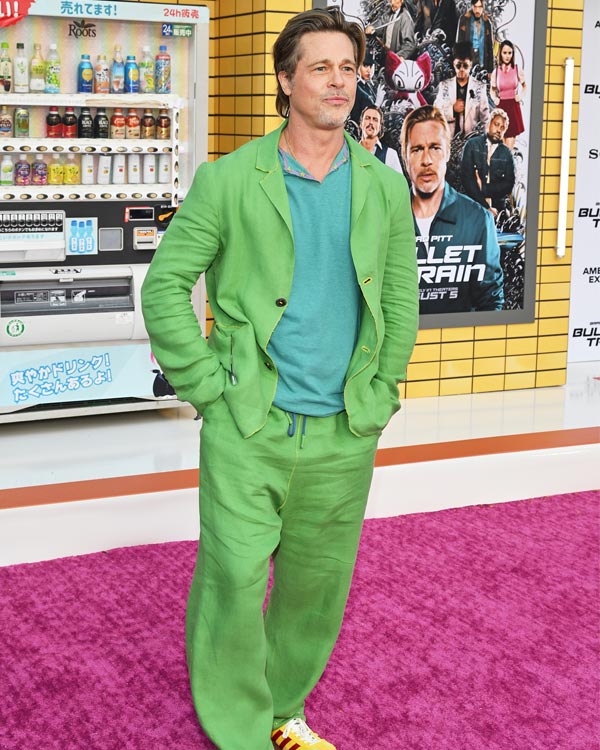 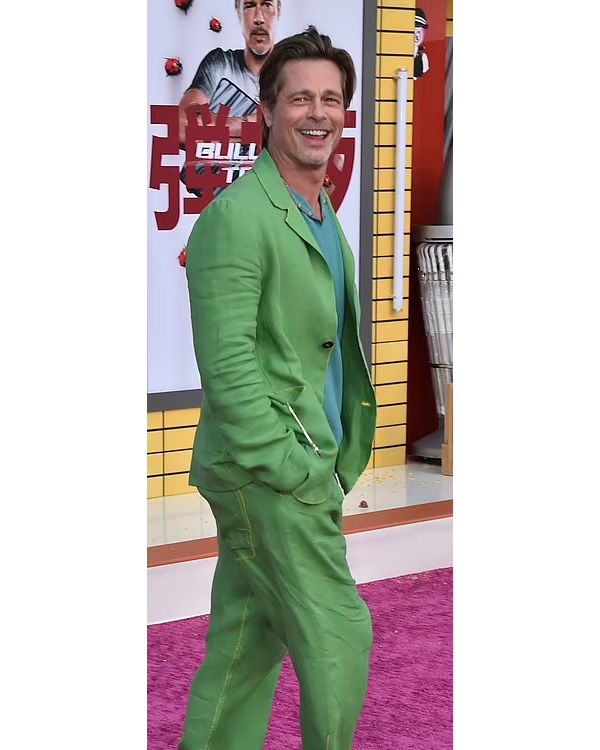 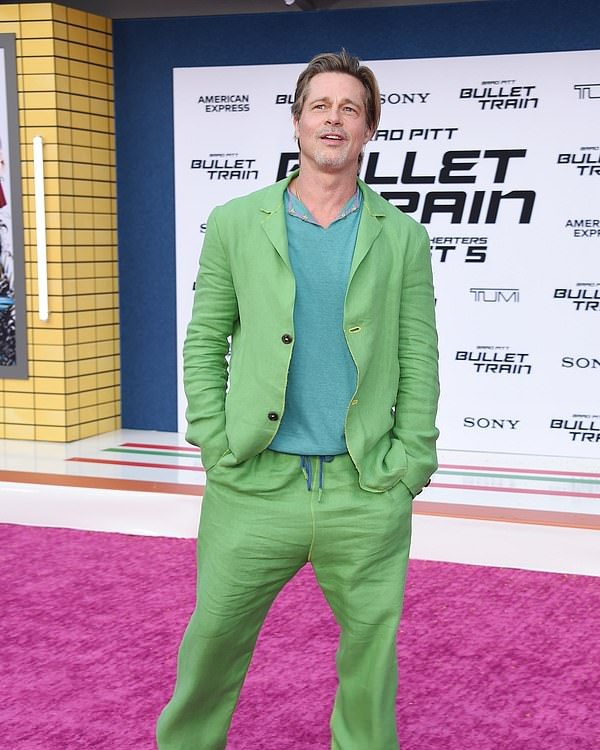 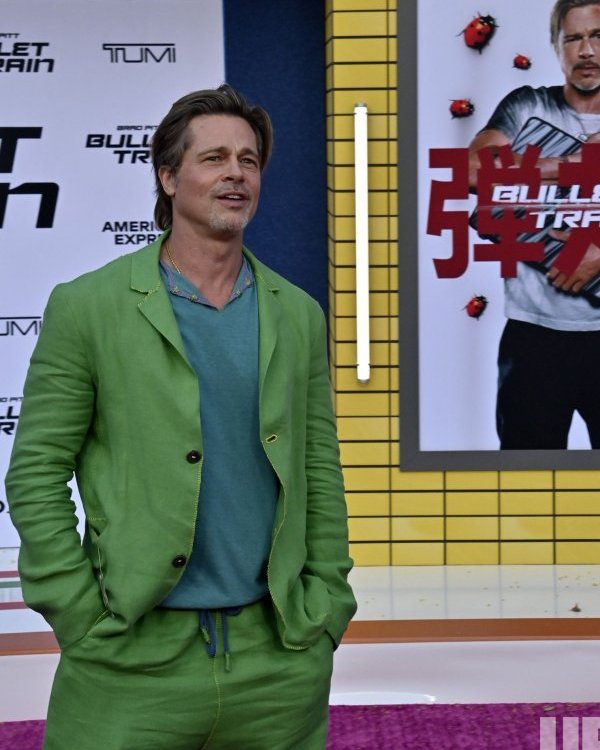 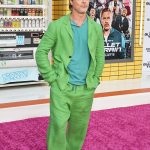 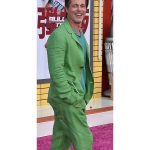 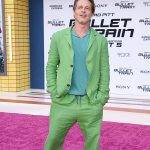 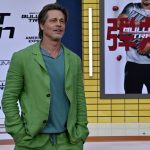 “Bullet Train” is an action comedy thriller that initially premiered in the United States on 1st August 2022 at the Grauman’s Chinese Theatre and premiered exclusively on 5th August 2022 in the US theatres by Sony Pictures Releasing. The story is taken from the Japanese novel “Maria Beetle” by Kotaro Isaka, published in English as “Bullet Train.” The film is directed by David Leitch with a screenplay written by Zak Olkewics. The story is about a trained killer named Ladybug who wants to quit his life as an assassin and live a normal life. But now, he is assigned a task by his handler Maria Beetle to collect a briefcase on a bullet train from Tokyo to Kyoto. He soon realizes that he is not the only agent after this briefcase, which makes things much harder. Brad Pitt portrays the character of Ladybug, a seasoned but unlucky American assassin. Brad looks handsome in this Bullet Train 2022 Brad Pitt Green Suit. Hurry up, guys! You, too, can have the same casual suit that Brad wore in the film. So, what are you waiting for? Place your order before the stock lasts.

This casual men’s coat is produced with excellent quality cotton material. It is beautifully designed with a notched lapel collar, long sleeves with open hem cuffs, two welt waist pockets outside, two pockets inside, and a front opening with a buttoned closure. This lovely coat comes with a pair of pants created with the same material having long straight pants sleeves with open hem leg cuffs, two waist pockets in front, one pocket at the back, and a waistband with drawstrings for fastening. This men’s gorgeous cotton casual suit is available in green color.