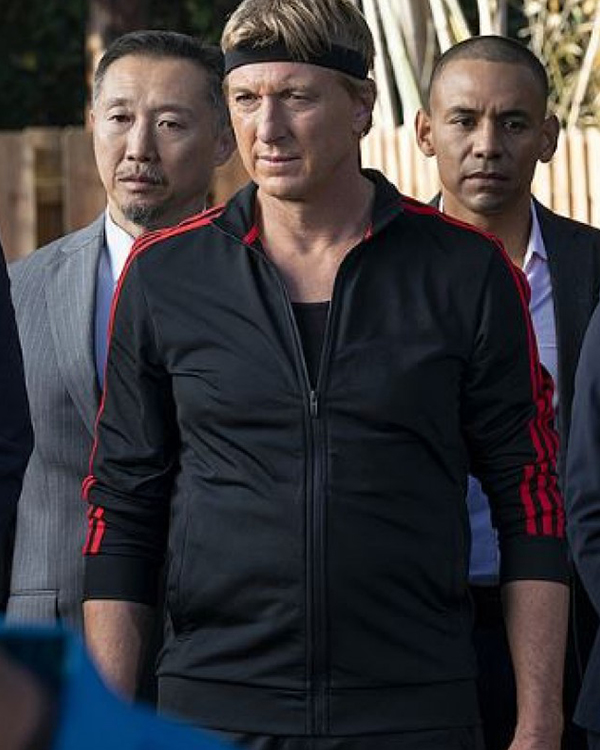 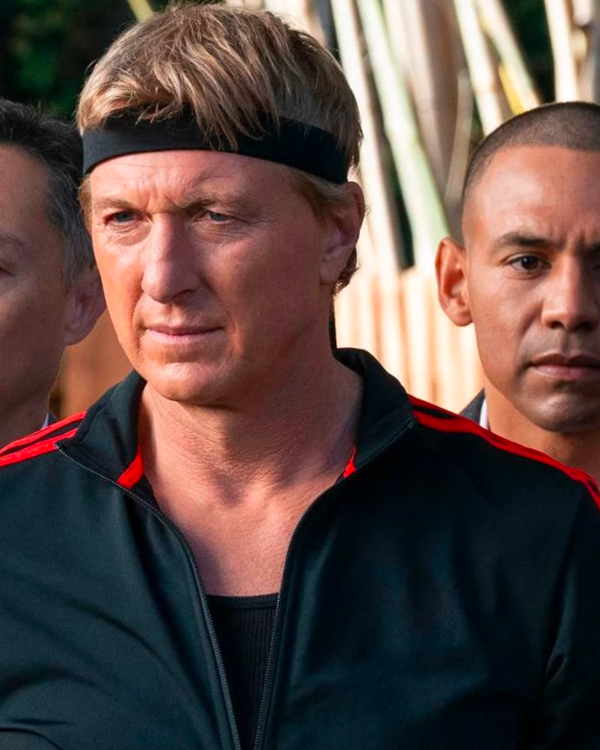 Cobra Kai is a martial-arts action comedy-drama television series and a sequel to the original The Karate Kid films by Robert Mark Kamen. Its first season was launched on YouTube Red on 2nd May 2018, with a subsequent second season premiered on 24th April 2019. After YouTubes decided to stop producing original scripted programming, the then completed third season of this series was left without a home. Netflix acquired the series in June 2020 and launched the third season on 1st January 2021, followed by the fourth season premiering on 31st December 2021, and now the fifth season is scheduled for 9th September 2022. It was created by Josh Heald, Jon Hurwitz, and Hayden Schlossberg and distributed by Sony Pictures Television. William Zabka portrays the lead character of Johnny Lawrence, recurring from the original film. William looks handsome in this Cobra Kai S05 Johnny Lawrence Tracksuit. Come on, guys! Grab the same tracksuit for yourself that William wore in the series. So, don’t be late; place your order before the stock lasts.

This stylish men’s jacket is made with superior quality polyester material. It is superbly designed with a stand-up style collar, long sleeves with rib knitted cuffs, two slant waist pockets outside, a front opening with a zippered closure, and the rib knitted waistline. This awesome track jacket accompanies a pair of trousers manufactured with the same material having long trouser sleeves with open hem leg cuffs, two waist pockets at the front, one pocket at the back, and an elastic waistband. This men’s stylish tracksuit is available in black color with red stripes from shoulders to sleeves and along the trouser sleeves’ length.