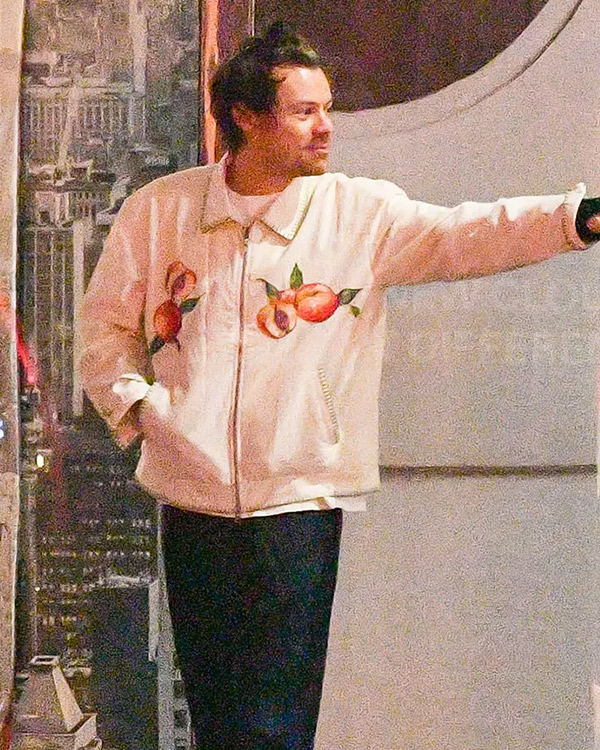 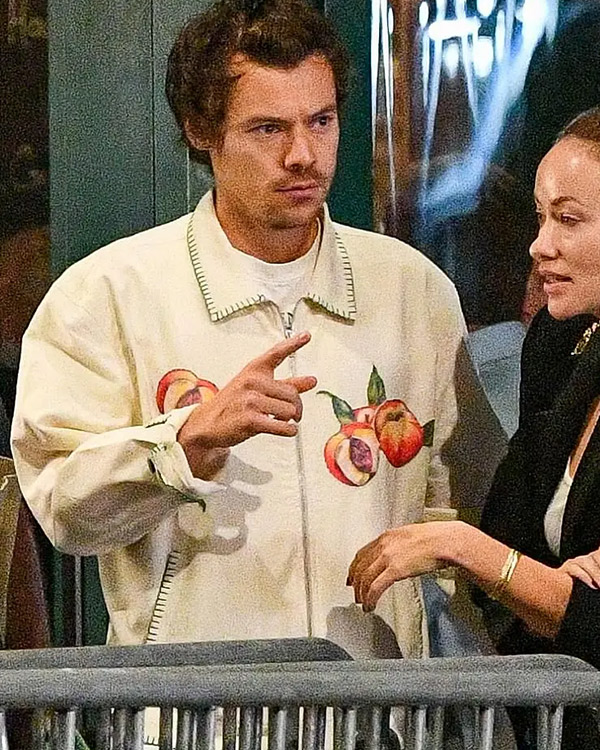 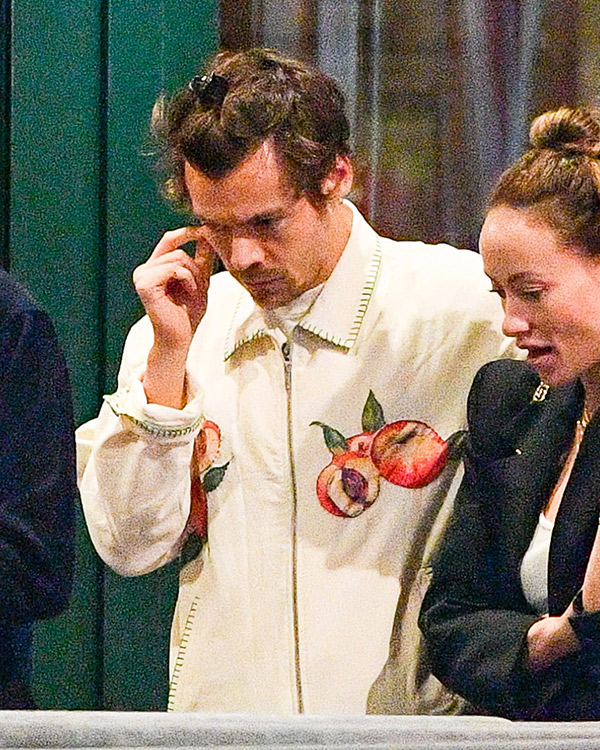 Don’t worry Darling is a mystery psychological thriller film. It first premiered on 5th September 2022 at the 79th Venice International Film Festival and was later theatrically released in the United States on 23rd September 2022 by Warner Bros. Pictures. Olivia Wilde directed it from the screenplay by Katie Silberman, based on the story of Carey Van Dyke, Shane Van Dyke, and Silberman. The film follows a young wife, Alice Chambers, portrayed by Florence Pugh, living in a company town who starts to believe a sinister secret is being kept from her by the company’s owner. Harry Styles is portraying the lead role of Jack Chambers, Alice’s workaholic husband, and he looks fabulous in this Don’t Worry Darling 2022 Harry Styles Peach Jacket. Hurry up, guys! Get the same jacket that Harry Styles is wearing in the film. Get online and order this comfy jacket for yourself before the stock lasts.

This stylish men’s jacket is made from superior cotton material with a soft viscose lining. It is superbly designed with a shirt-style collar, long sleeves with buttoned cuffs, two waist pockets outside, two pockets inside, and a front opening with a zippered closure. This men’s beautiful cotton jacket is available in white color with peaches printed on the chest.