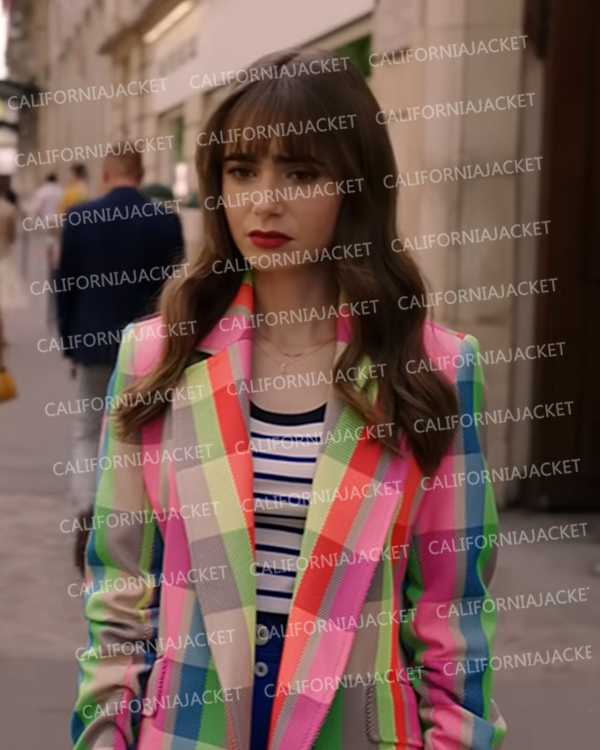 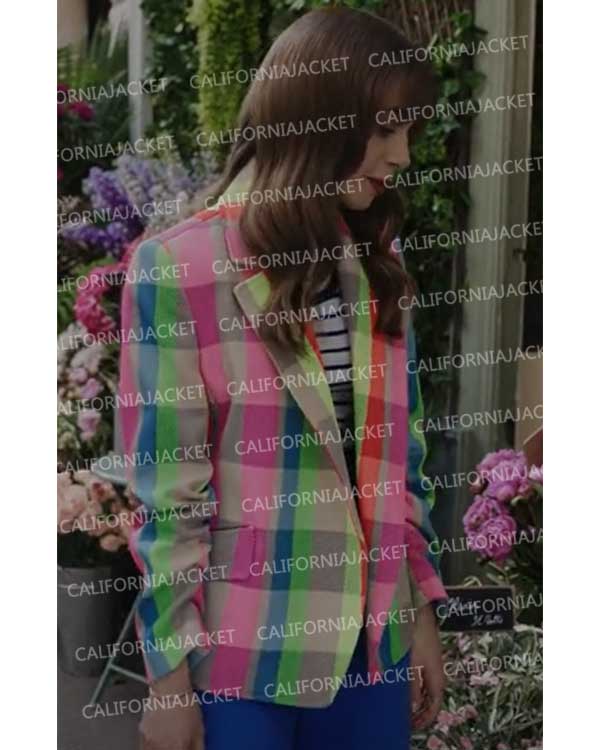 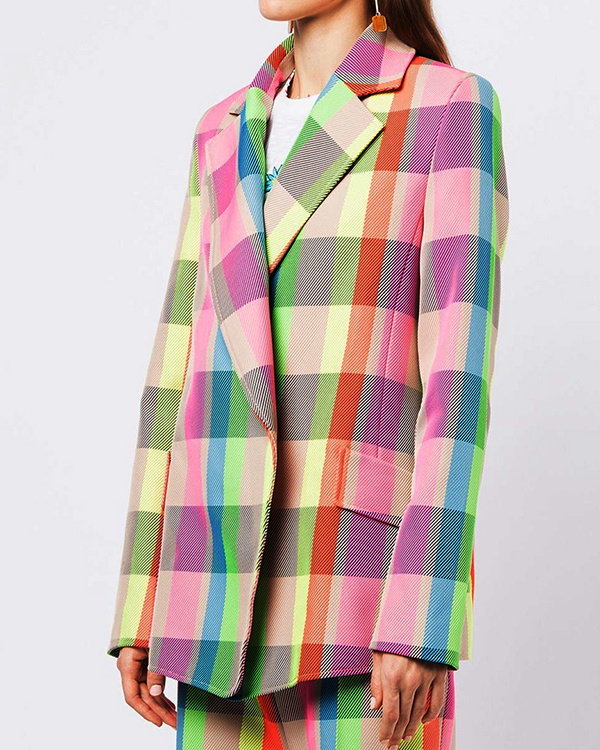 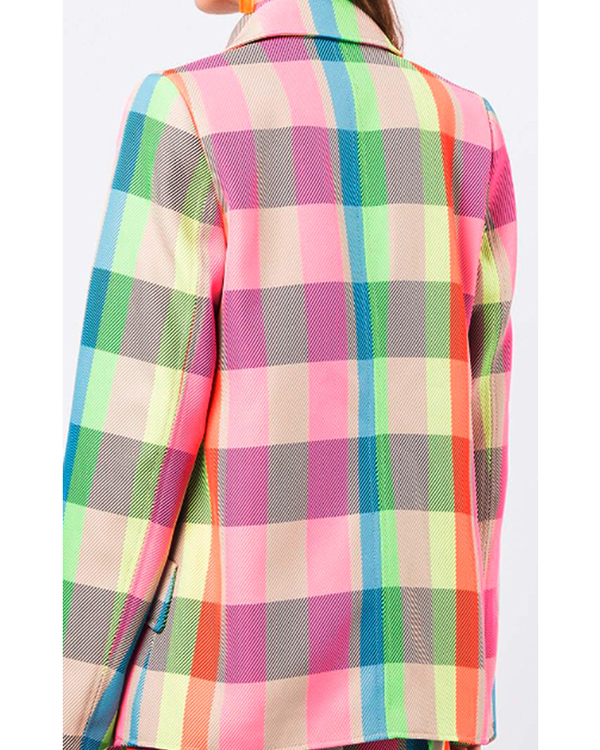 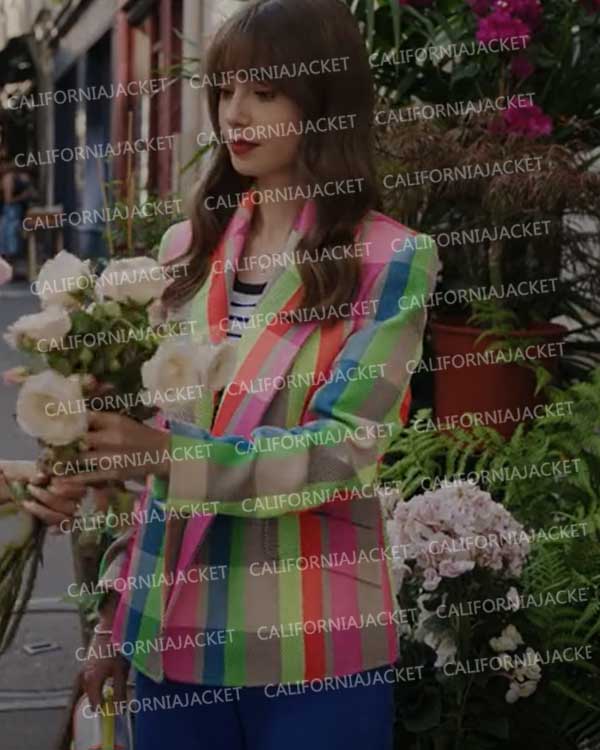 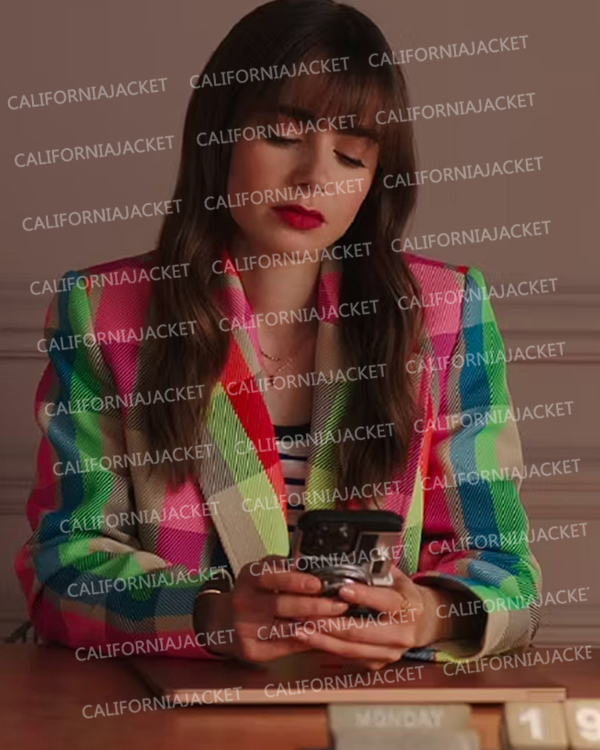 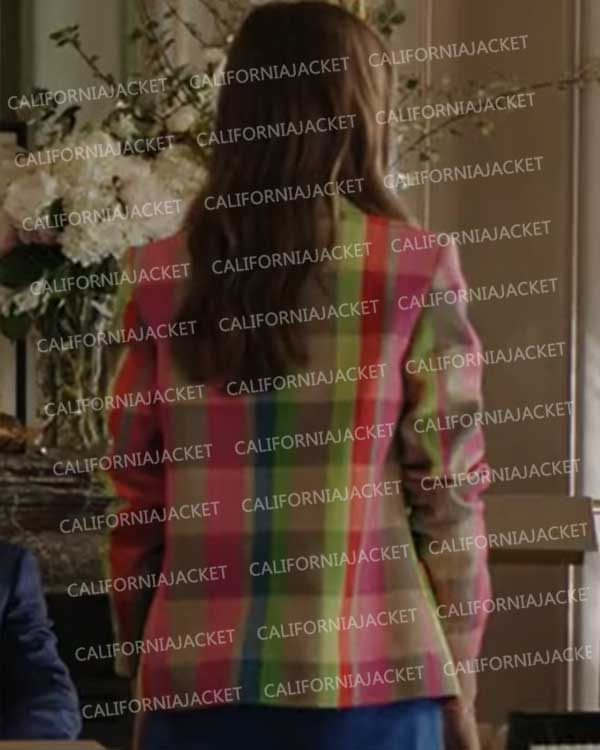 The Netflix original “Emily In Paris S03” is romantic-drama comedy TV series. It was launched on 2nd October 2020, followed by its second season on 22nd December 2021. It was renewed for a third and a fourth season by Netflix in January 2022, whereas the third season is all set for a release on 21st December 2022. The series is about Emily Cooper, played by Lily Collins, an ambitious marketing executive. She is an American woman who moves to France to provide an American point of view to “Savoir,” a newly acquired French marketing company. Lily Collins portrays the title role of Emily Cooper in the series. She looks fantastic in this Emily In Paris S03 Lily Collins Multi-Color Checkered Blazer. Hurry up, girls! Grab the same blazer for yourself that Lily wore in the series. So, what are you waiting for? Order your jacket before it gets out of stock.

This stylish women’s blazer is made from high-quality wool blend material with a soft viscose fabric lining inside. It is superbly designed with a notched lapel collar, long sleeves with open hem cuffs, two flap waist pockets outside, two pockets inside, and a front opening with a buttoned closure. This women’s beautiful wool blend coat is available in a multicolored madras plaid checkered pattern.