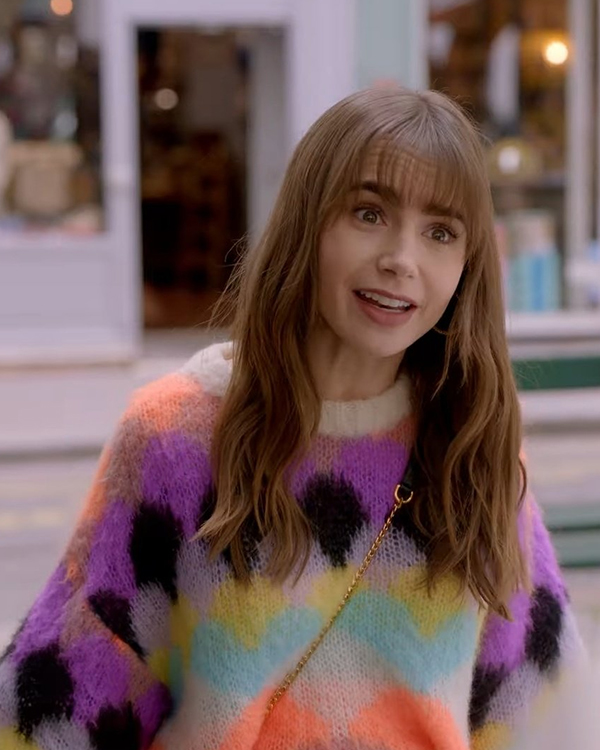 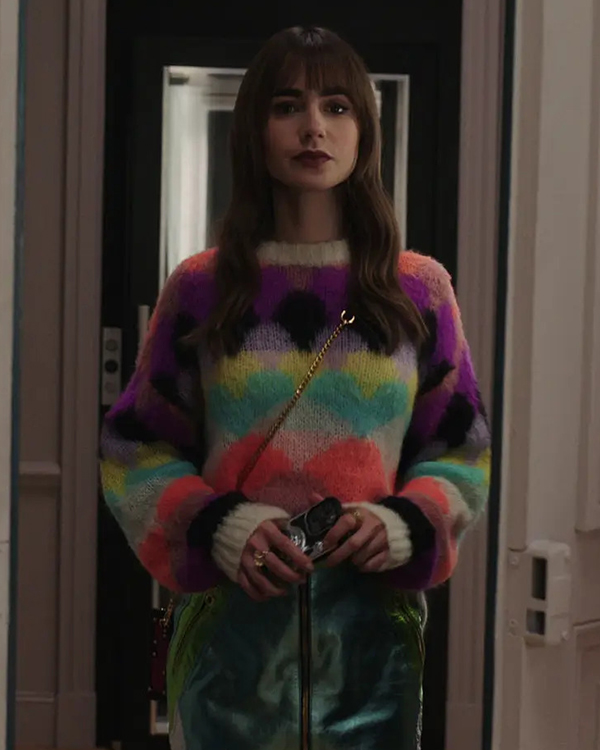 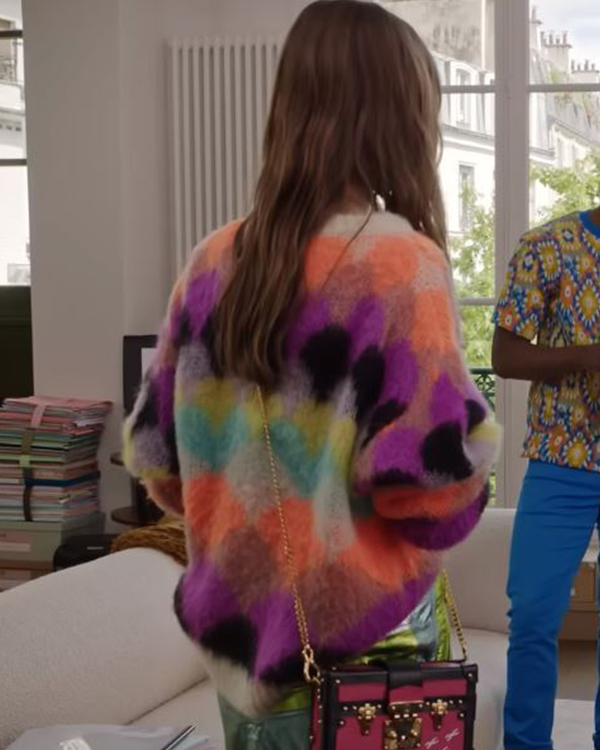 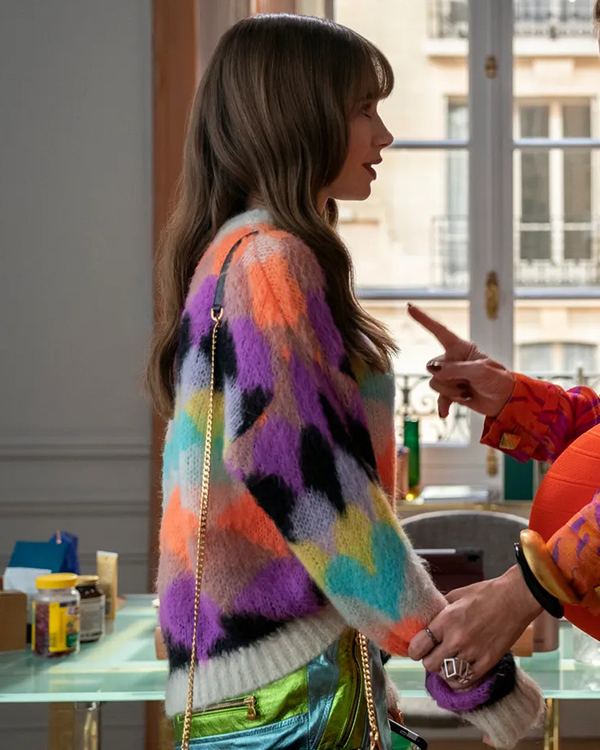 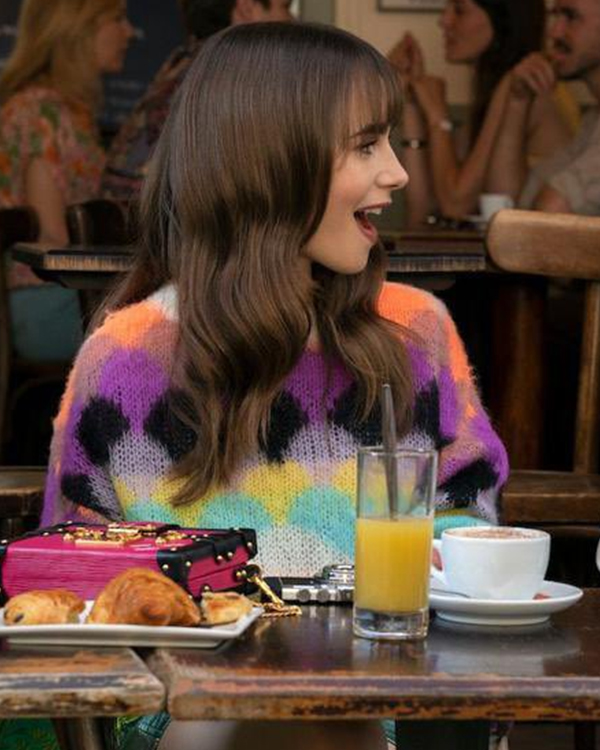 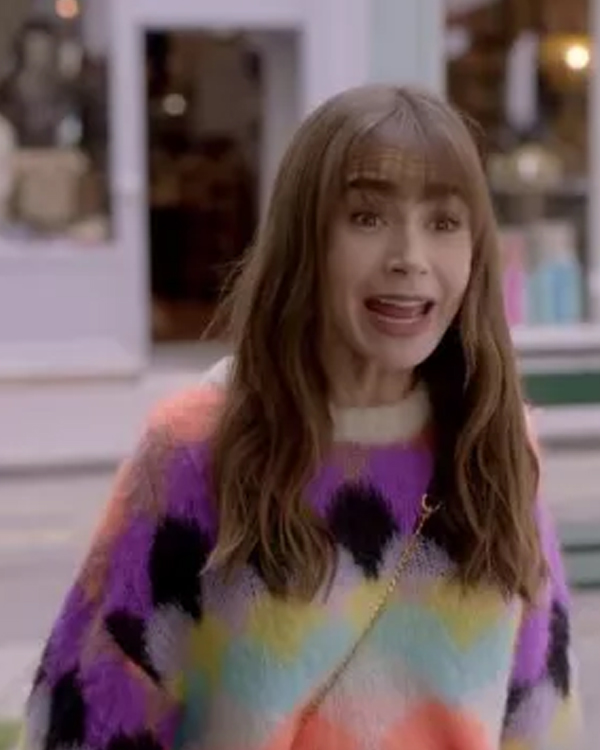 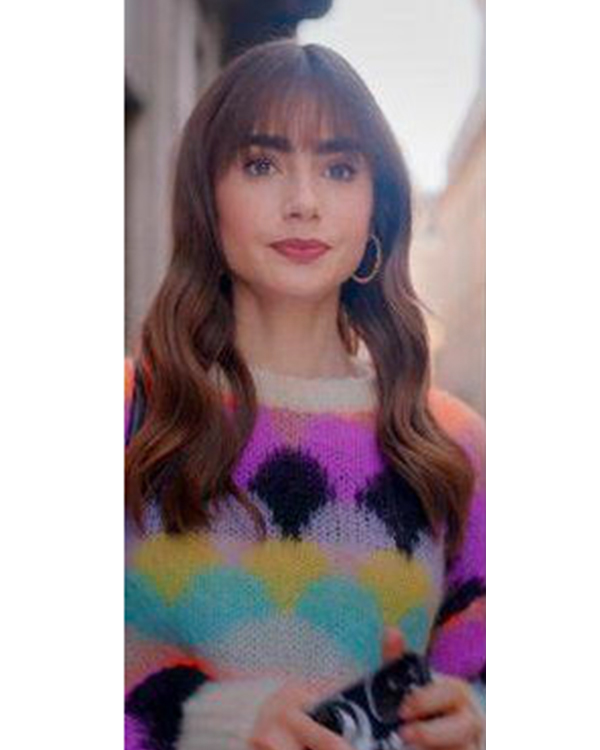 The Netflix original “Emily In Paris S03” is romantic-drama comedy television series. The series launched its first season on 2nd October 2020, with a second season released on 22nd December 2021. It was renewed for a third and a fourth season in January 2022 by Netflix, whereas the third season is set to be released on 21st December 2022. The series is about Emily Cooper, portrayed by Lily Collins, an American woman and ambitious marketing executive, who moves to France to provide an American point of view to a newly acquired French marketing company “Savoir.” Lily Collins portrays the title role of Emily Cooper in the series. She looks fabulous in this Emily In Paris Season 03 Lily Collins Sweater. Hey girls! You, too, can have the same sweater for yourself that Lily wore in the series. So, grab your gadgets. Order your sweater before stock runs out.

This stylish women’s sweater is made from superior-quality knitted material. It is superbly designed with a rib-knitted round neck and long baggy sleeves with rib-knitted cuffs. It is a pullover sweater, along with a rib-knitted waistline. This women’s beautiful baggy sweater is available in a multicolored knitted design pattern.