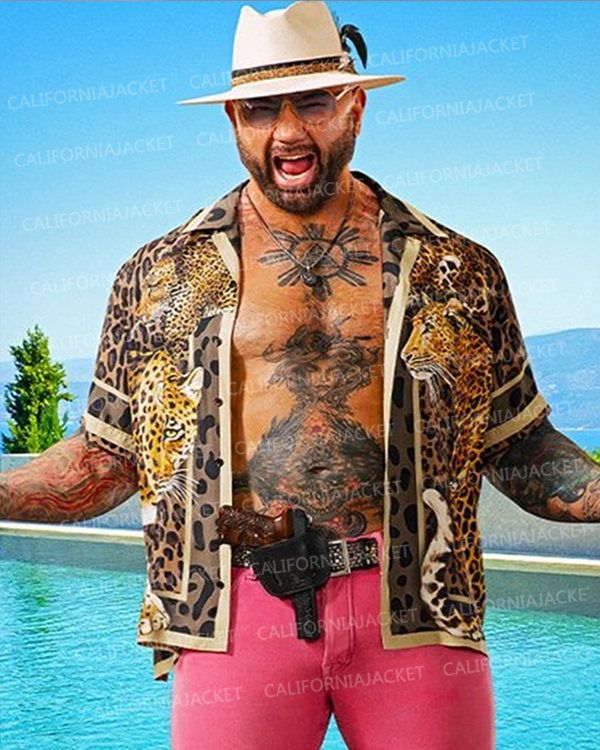 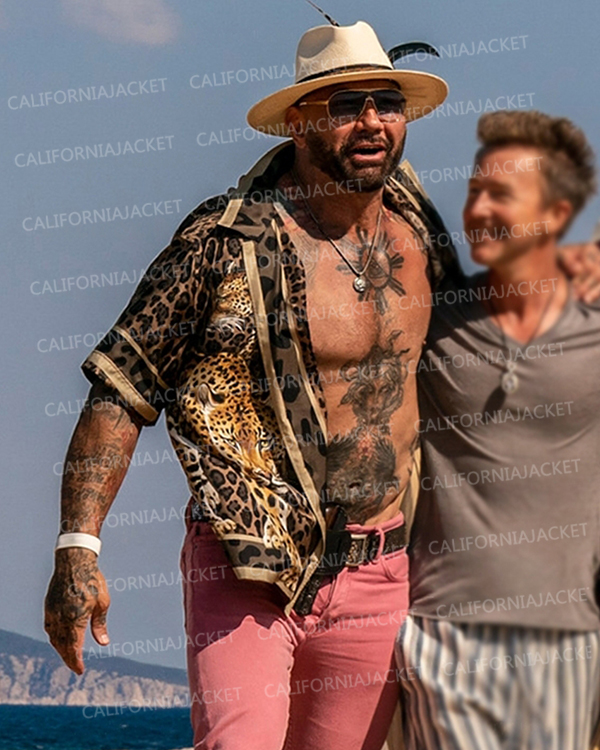 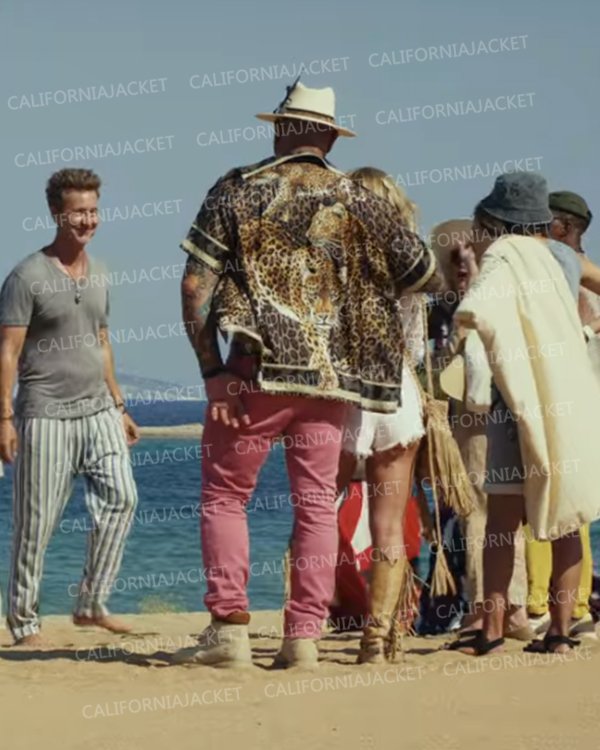 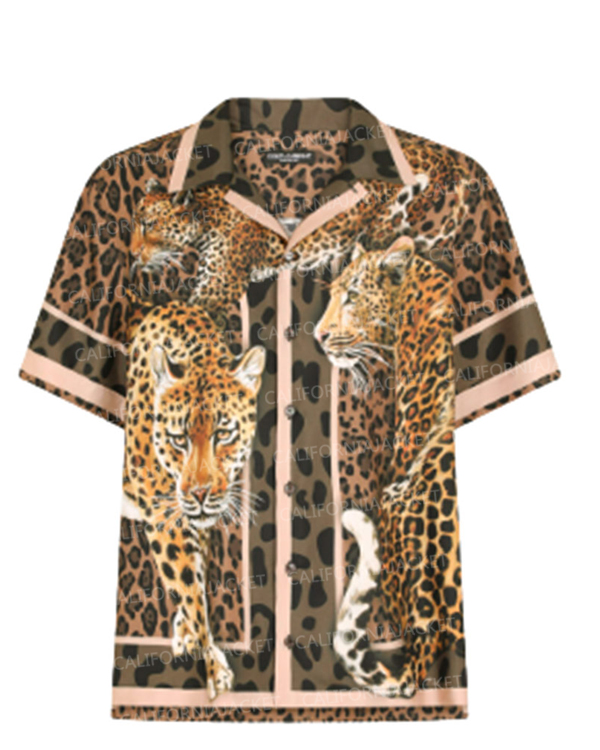 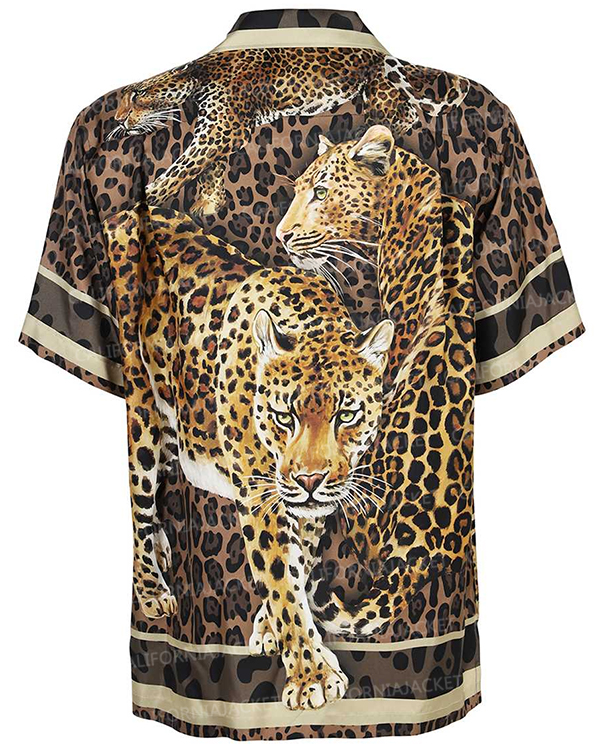 Glass Onion: A Knives Out Mystery is a crime drama mystery film that first premiered at the 47th Toronto International Film Festival on 10th September 2022 and was released limitedly for one week on 23rd November 2022 in theatres before its international premiere on 23rd December 2022 on Netflix. Rian Johnson has written and directed the film, which is produced by Johnson and Ram Bergman for T-Street Production. Glass Onion is a standalone sequel to Knives Out, released in 2019. The story is about a famous Southern master detective Benoit Blanc, reprised by Daniel Craig, who went to Greece for his latest case. Dave Bautista is portrayed as Duke Cody and looks fabulous in this Glass Onion A Knives Out Mystery Dave Bautista Leopard Print Shirt. Be hasty, guys! Grab the same leopard shirt for yourself that Dave wore in the film. Hurry up! Order before the stock runs out.

This lovely men’s shirt is made from high-quality cotton blend material. It is beautifully designed with a shirt-style collar, half sleeves, and a front opening with a buttoned closure. This men’s fancy cotton blend shirt is available in brown leopard print.