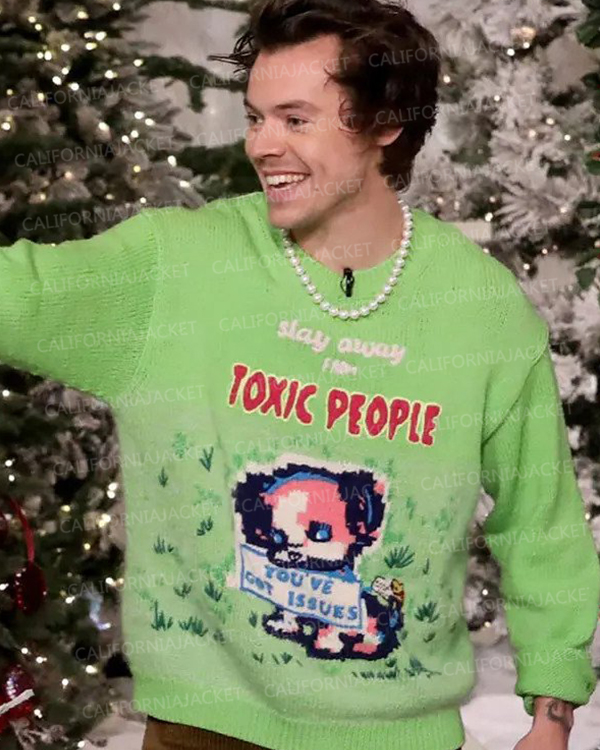 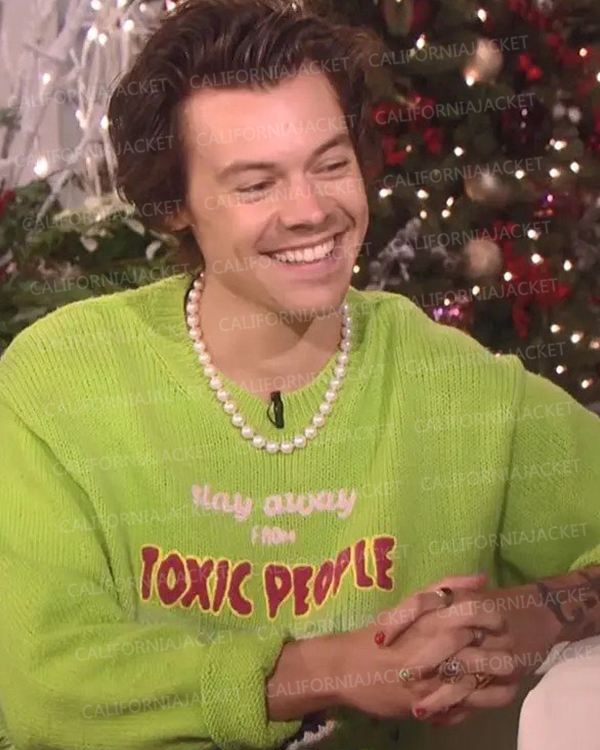 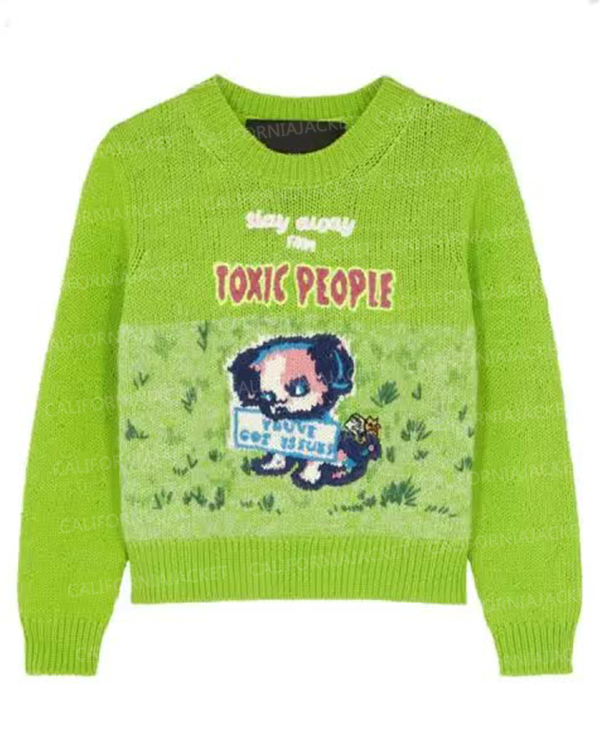 Harry Styles is a British singer, songwriter, and actor. He first gained fame as a member of the boy band One Direction, which formed in 2010 on the British version of “The X Factor.” After the band went on hiatus in 2016, Styles launched a successful solo career, releasing his self-titled debut album in 2017, which included the hit single “Sign of the Times.” He has since released two more albums, “Fine Line” in 2019 and “Love on Tour” in 2020. Alongside his music career, Styles has acted in several films, including Christopher Nolan’s “Dunkirk” and Olivia Wilde’s “Don’t Worry Darling.”Harry looks stylish in this Harry Styles Stay Away From Toxic People Sweater. Hurry up, guys! Grab the same sweater for yourself that Harry is wearing. So, what are you waiting for? Place your order before the stock lasts.