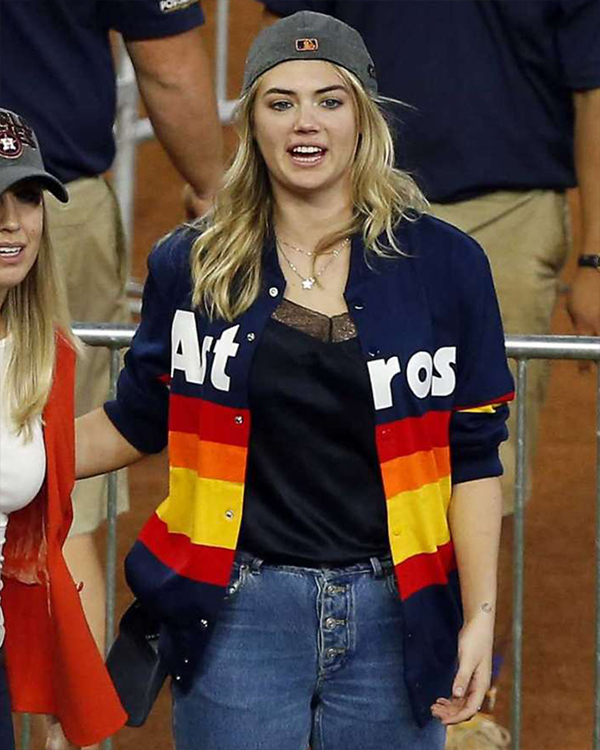 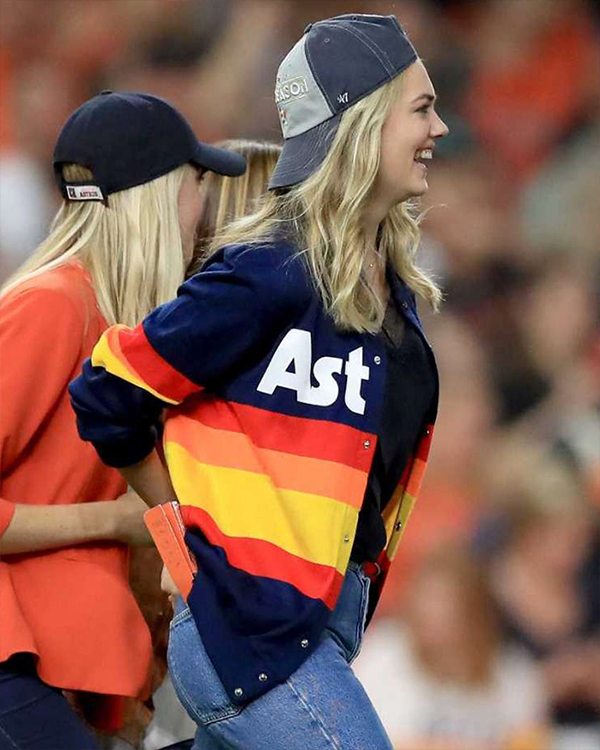 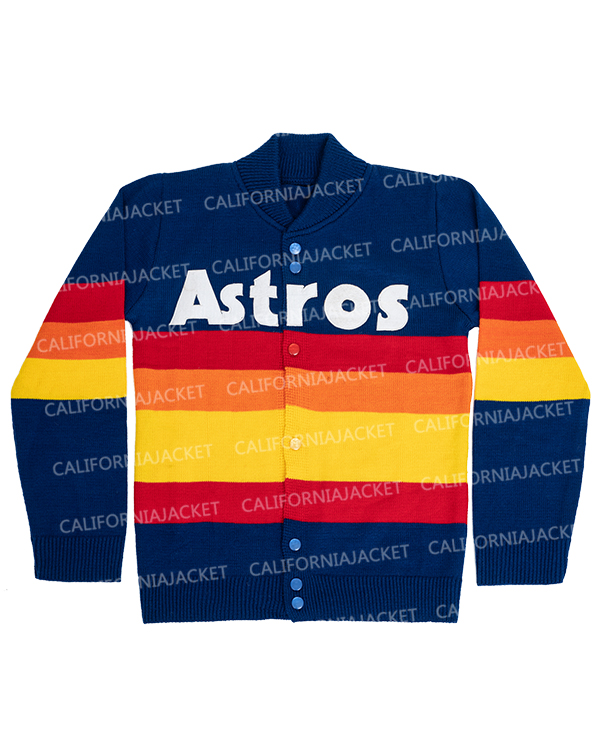 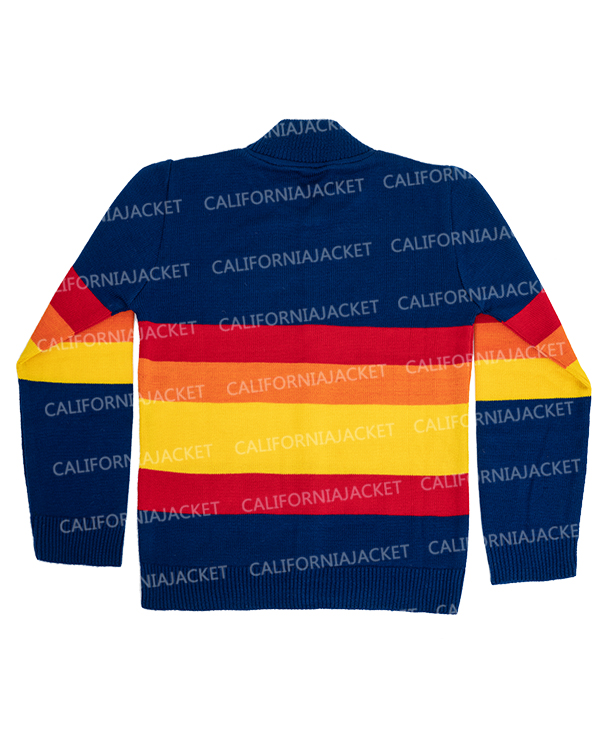 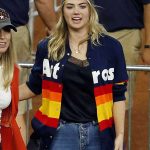 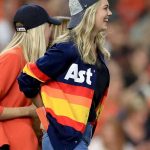 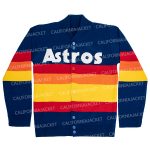 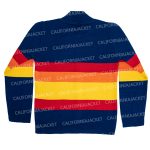 The 2021 Houston Astros season was the 60th season for the Major League Baseball franchise in Houston, Texas, their 57th as the Astros, ninth in both the American League. The Astros entered the 2021 Major League Baseball (MLB) season as having been defeated by the Tampa Bay Rays in seven games in the American League Championship Series and runner-up for the 2020 AL pennant. The Astros played to a 3–0 deficit to begin the ALCS, won the next three, and were defeated 4–2 in Game 7. The Rays thus avoided joining the 2004 New York Yankees as the only MLB clubs to lose a League Championship Series after mounting a 3–0 lead. Its signature jacket Kate Upon Astros Sweater is available on our website. So don’t waste your time; girls, order this sweater and keep this sweater as a souvenir of this top-class baseball team.

This is a high-quality knitted made sweater that contains a beautiful blue color with Astros baseball team flag stripes on the mid-body. A rib knitted cuffs and hemline of this sweater will be adjusted according to the size of the body for the perfect fitting. A classical rib-knitted collar and a front button fastening closing both are enough to make your appearance handsome among the whole crowd.

Show all 4 questions with answers