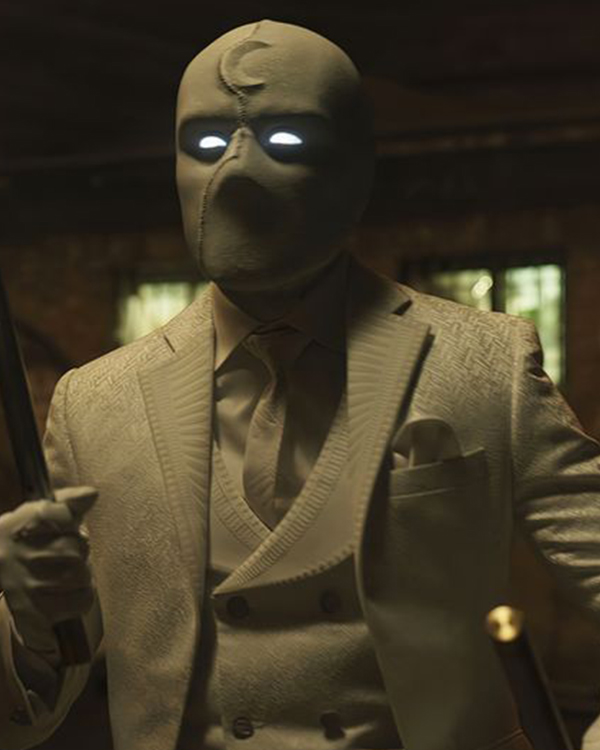 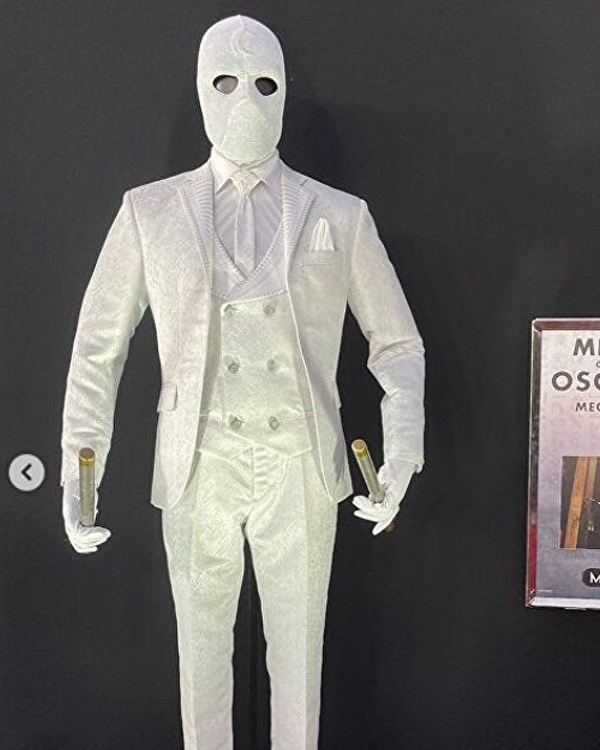 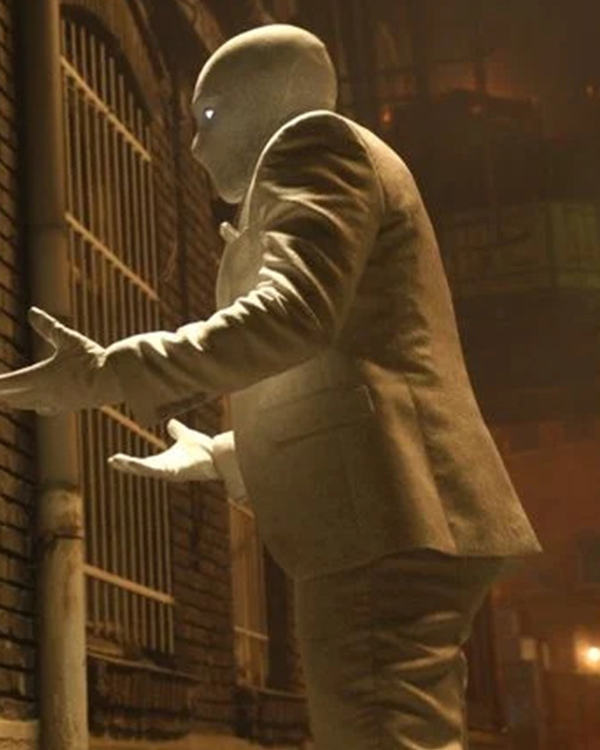 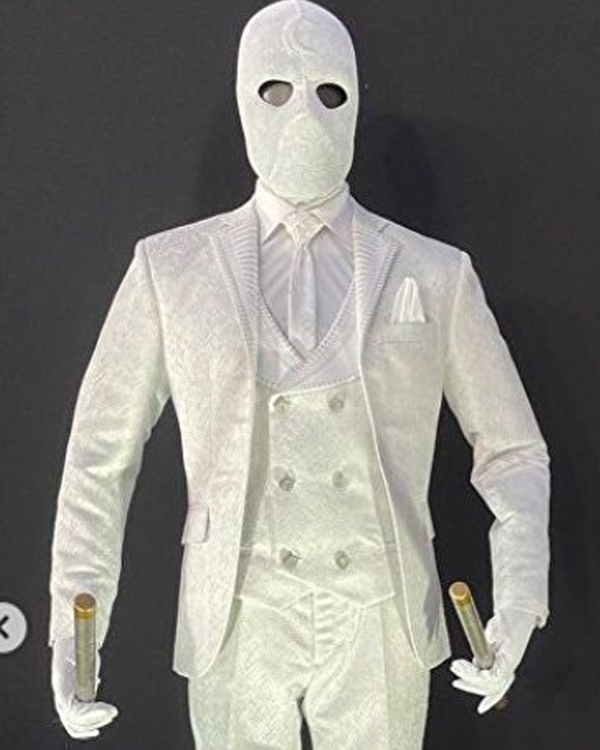 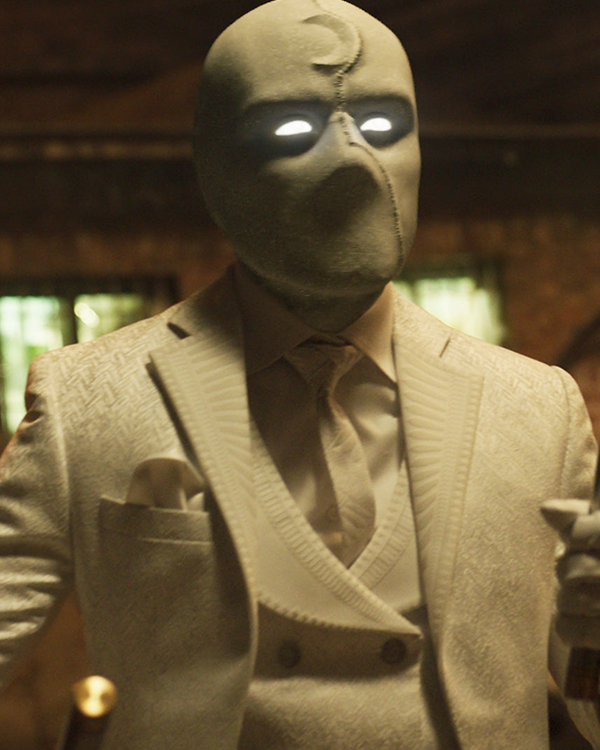 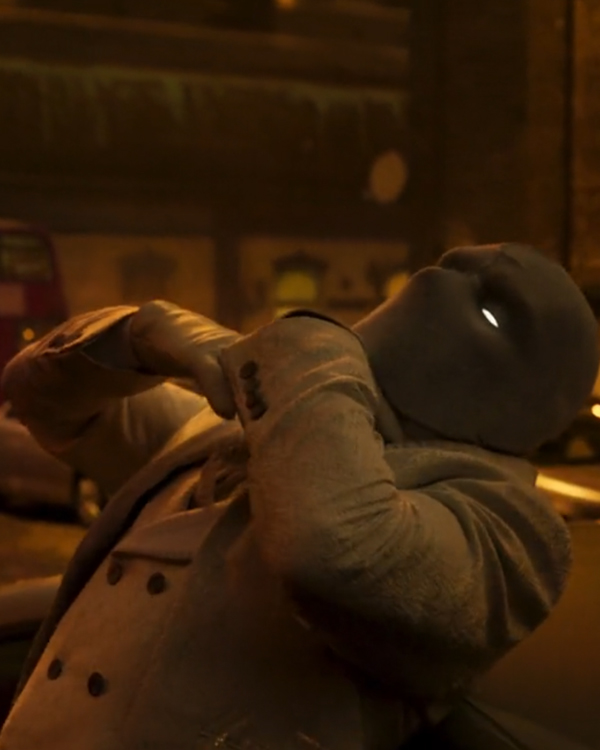 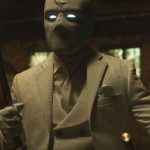 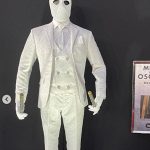 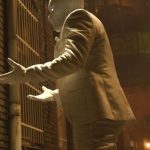 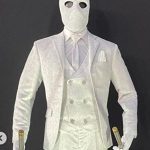 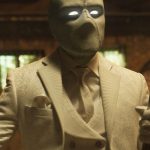 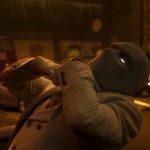 Moon Knight is an action adventure drama TV miniseries created by Jeremy Slater for Disney+, is based on the Marvel Comics character with the same name. The show is the sixth TV series by Marvel Studios. The cast of the show stars Oscar Isaac, Ethan Hawke and Gaspard Ulliel. The plot of the miniseries revolves around a mercenary, Marc Spector, who suffers from dissociative identity disorder, and is included in a mystery with Egyptian gods. Moon Knight is set to be premiered on 30th March, 2022.

The main character of the mercenary Marc Spector is played by Oscar Isaac in the miniseries. We love how tremendously he has carried out his character, hats off to him! Look how good he looks wearing this white self-embroidered on the show. Moon Knight 2022 Oscar Isaac Blazer is fabricated from wool blend fabric with soft viscose fabric lining on the inside. It features a peak lapel style collar paired up with a front buttoned closure for a classic fit. The long sleeves end up with open hem cuffs and the two flap patch pockets on the waist with one welt pocket on the chest makes the apparel functional.