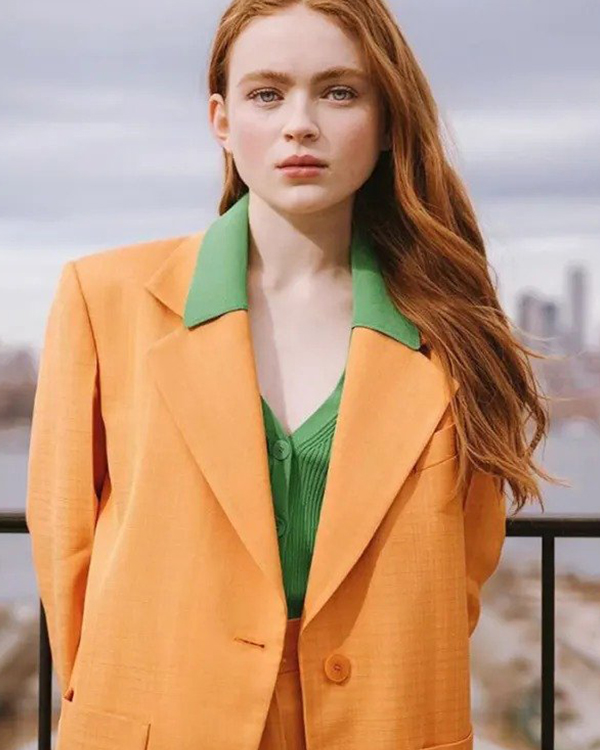 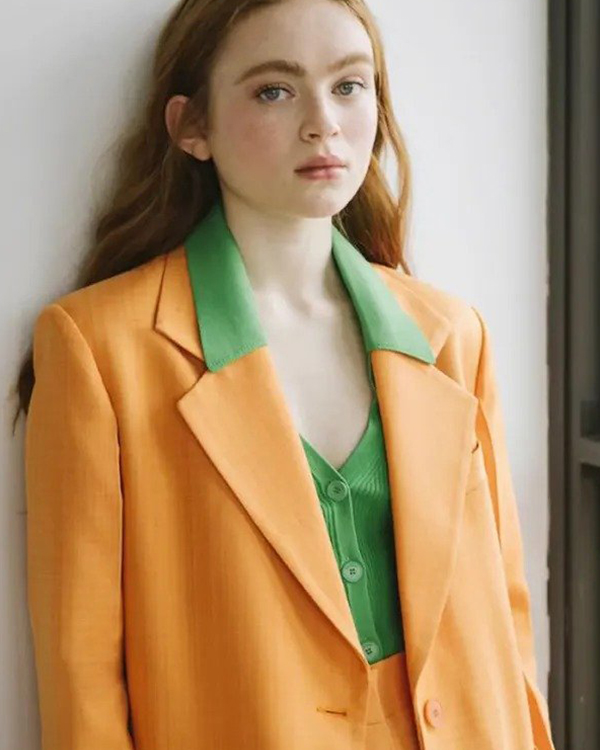 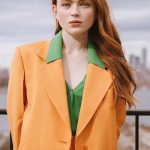 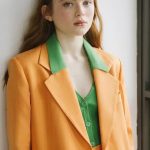 Stranger Things is a sci-fi horror drama television series. The series started with the release of season one on Netflix on 15th July 2016, followed by seasons two, three, and four in October 2017, July 2019, and May and July 2022, respectively. It was renewed for a fifth and final season in February 2022. The story is set in the 1980s in the fictional town of Hawkins, Indiana, and it chronicles several supernatural events around the town, including the kidnapping of a child, specifically around their connection to a hostile alternate reality known as “Upside Down”; after a link between it and Earth is made by a government child experimentation facility. Sadie Sink portrays Max Mayfield, Billy’s younger step-sister, who is one of the teens that are targeted by Vecna. She looks beautiful in this Stranger Things S04 Sadie Sink Orange Blazer. Come on, girls! Grab the same blazer for yourself that Sadie is wearing in the series. So, what are you waiting for? Order your blazer before it gets out of stock.

This trendy women’s blazer is produced with superior quality wool blend material, with a soft viscose fabric lining inside. It is superbly designed with a notched lapel collar, long sleeves with open hem cuffs, one welt pocket on the chest, two flap waist pockets outside, two pockets inside, and a front opening with a buttoned closure. This women’s beautiful wool-blend blazer is available in orange color.