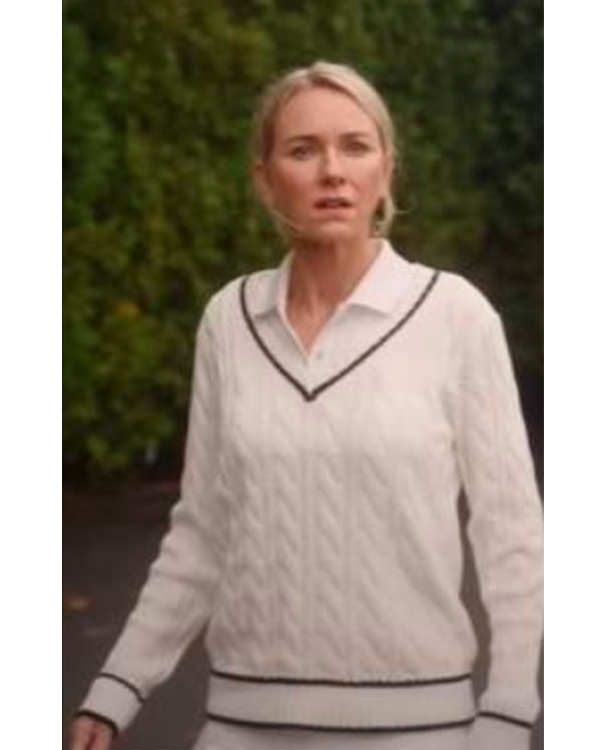 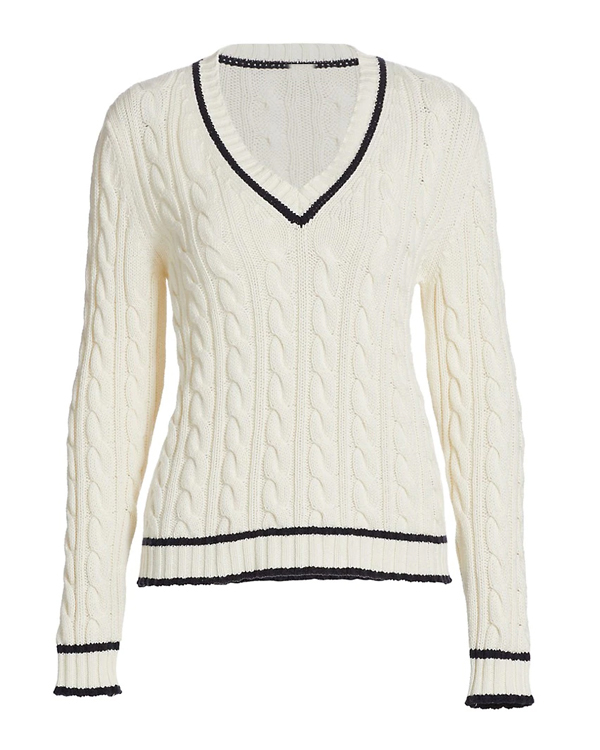 Naomi Watts is a British actress and producer known for her work in Australian and American film, television and video games. Watts immigrated with her family to Australia from the UK at the age of 14, and made her debut in the 1986 Australian film For Love Alone. She then pursued a brief career in the fashion industry, first as a model and later as a fashion editor. After attending a drama workshop, Watts quit her editing job and pursued acting as a career.

The Watcher Naomi Watts Sweater is made up of high-quality knit material. It has a V-neck collar. Moreover, it is stylishly designed with a pullover closure. It further has full sleeves with rib-knitted cuffs and is available in white color.